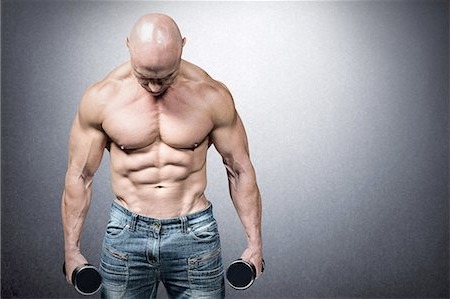 One of the biggest issues with getting older is hair loss. Whether it’s male pattern baldness, alopecia or simply getting older, it’s an important topic that affects people in their everyday lives. Good news may well be right around the corner as a group of scientists claim to have developed a drug that cures baldness. The bad news is that at the moment its awaiting human testing.

New research results coming out of Johns Hopkins Medicine in Baltimore, USA has shown promising results for the trial of an experimental compound which can reverse hair loss and grey hair. Scientists believe the drug can also help skin inflammation, caused by typical Western diets that are high in fat and cholesterol.

Testing this experimental compound on mice for the trials, researchers put them on a diet high in fat and cholesterol. Surprisingly, the rodents' hair turned grey or white from black or they suffered hair loss. They also saw what appeared to be signs of skin inflammation.

Another group of mice in the trials were given the experimental compound, which the scientists believe stops the production of a group of fats called glycosphingolipids (GSLs), hair was restored while skin cleared up.

Suboroto Chatterjee, professor of paediatrics and medicine at the John Hopkins University School of Medicine reported, “Our findings show that a Western diet causes hair loss, hair whitening and skin inflammation in mice, and we believe a similar process occurs in men who lose hair and experience hair whitening when they eat a diet high in fat and cholesterol”.

A breakthrough may have been made and however positive, more testing is required to see if the compound would work safely and effectively on humans. A human baldness pill may soon be coming to a pharmacy near you!