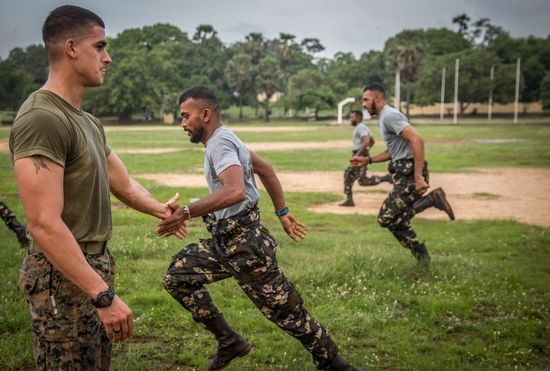 If you like to think of yourself as being physically fit then there are usually certain things you’d need to do with ease to earn yourself that recognition. Armies around the world, as well as other armed and emergency services, are known for having fitness tests as part of their selection process that are designed to push their applicants to their limits and weed out the unworthy.

Joining the army used to involve a fitness test that required doing a set amount of press ups, sit ups and chin ups in a set time as well as a 5-mile run. Applicants would usually focus on those exercises and train regularly to be ready for their test, however this new test will require a more all-round approach.

The new Army Combat Fitness Test involves performing different exercises that have a more “real world” approach for the requirements of what being a soldier will include. The new test is designed to require a lot more strength and endurance than was previously required.

Here are some of the main new exercises that applicants will be required to perform:

According to the army, this ability represents movements required to “safely and effectively lift heavy loads from the ground, jump, bound and tolerate landing” - all skills that are useful in combat.

Throw a 5kg medicine ball backward and overhead for distance.

The requirement for this event stems from the ability to use “quick, explosive” movements to manoeuvre equipment.

Do as many hand-release push-ups as possible in two minutes.

In addition to testing endurance, this ability represents “repetitive and sustained pushing used in combat tasks.”

Do five, 50-metre shuttles involving sprinting, dragging, lateral, carry and sprint with a 18kg kettlebell and a 40kg sled.

This is a test of “strength, endurance, and anaerobic capacity,” according to the army.

As many leg tucks as you can do in two minutes while on a climbing bar.

This portion of the test assess strength of grip, arm, shoulder and trunk muscles.

Run two miles for time with the aim to be under 12 mins 45 secs.

According to the army, the run measures aerobic endurance - a requirement for ground movements and operations.

So there you have it. If you want to see if you have what it takes to pass army selection then give these exercises a go and challenge yourself with your training buddies for gym bragging rights!